I have some things to share tonight, but I’m going to do something I don’t usually (or ever) do.  I’m going to ask you to watch this video first and then read the post.  The reason is that I’m going to talk about the video and I don’t want you to read all about it before you watch it.  Okay?  Deal?

Did you watch it?  Okay, now you can read…

So, Saturday morning, I was showering to get ready for the day and I was thinking about the landscape dresser that I just finished. I was smiling at the fact that someone was coming to buy it that morning, despite all of my doubts and struggles as I worked on it.  I was intimidated by that piece and I told myself that.

You’re going to mess this up.  You aren’t good enough to pull this off.

But I pushed through it and, in the end, was really pleased with the results.

As I thought through those emotions, the lightbulb went off.  This is how a lot of people feel when painting a piece of furniture, when using milk paint, probably when tackling most home projects.  There is a moment of pause and those voices of negativity push in on you.  You can decided to listen to them or you can prove yourself wrong.

Ah!  This is my next milk paint commercial!!!

I literally hopped out of the shower, wrapped up in a towel, and ran out to get a scrap of paper and pen to write down exactly what I envisioned.  It was rather silly, because I’m pretty sure I wouldn’t have forgotten it in the five minutes it takes to properly dry off and dress, but I wasn’t going to risk it!

As I envisioned the commercial, I knew exactly the words I wanted to say and the emotions I wanted to express.  I also immediately pictured the face of the person I wanted to be featured in the video – Jen Baker.

I met her at 2015 Lucketts when she was shopping our space and spent some time chatting with me and Kriste.  A few weeks later, she spent the day with us at the studio.  Since then, I’ve followed her on Facebook and her blog, Eight Hundred Furniture, and she hung out with us for a while at Lucketts this year.  Anyway, I pictured her face, clear as day, for this commercial.

If you did watch the video, as instructed, you know why I pictured her.  She has the warmest, most contagious smile and that was going to be important for the ending.  She also has an “every-girl” quality about her.  That could be me or you or your friend painting that piece of furniture.

I sent her a text only hours after writing down the idea and she agreed to be my “model”.

And she was available on Tuesday.

Okay, this is happening and I didn’t have a piece for her to paint!!  So, my mom and I went out shopping on Monday and I found a sweet Eastlake dresser that was perfect. 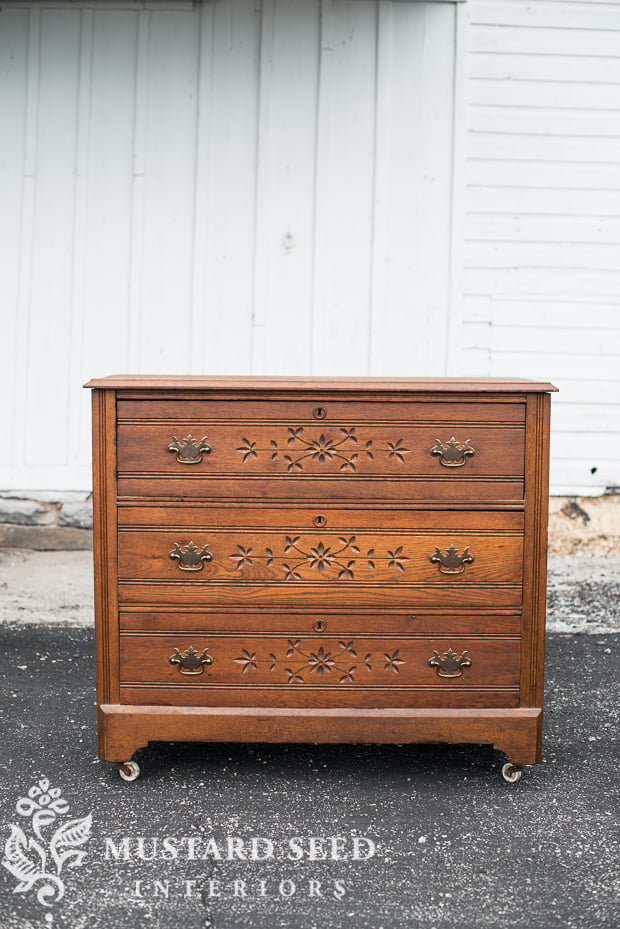 Last night, my brain was buzzing with the anticipation of the day ahead, so I started looking for a piece of music.  I listened to clips for a couple of hours until I found the one I used and it was perfect – moving, beautiful, and hopeful.  I even took the time to make a mock-up of the commercial with the music and some old video clips, so I could share my vision with Kriste and Jen the next morning.

Today, everything came together.  The day was overcast (mostly), so it was perfect for shooting outside.  Jen was a dream to work with and totally got the emotions I wanted her to convey.  The piece turned out great as well (although I am going to get simpler hardware for it, but that was all we had on such short notice!) 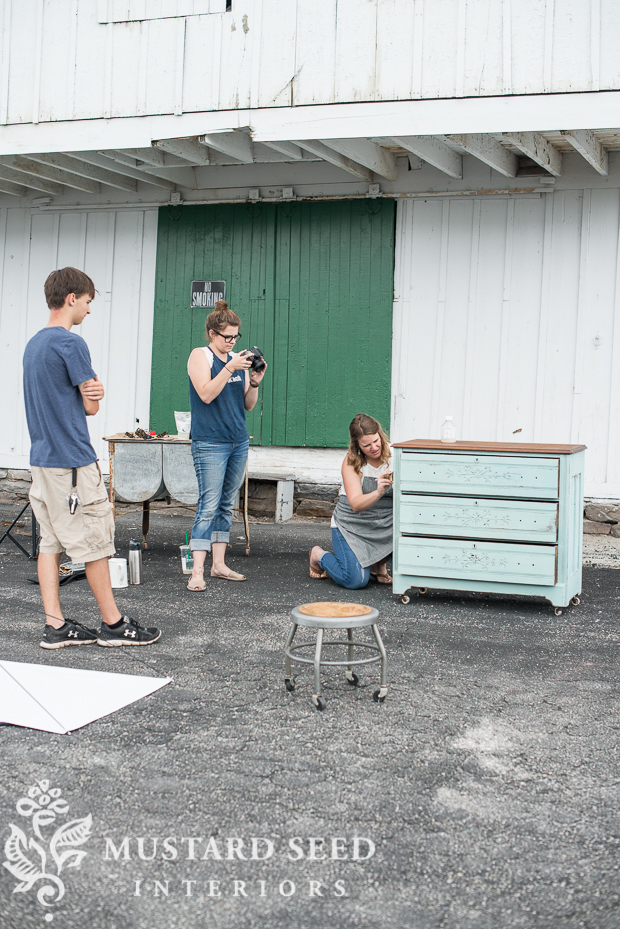 I edited the video as soon as we had all of the footage.  I felt like I needed to get it done while it was fresh.

The finished product was just what I hoped for.

Yes, a commercial is about promoting a product, but my goal has always been more than that.  I want to encourage and inspire and I wanted this video to convey that – to flesh out what my tagline, “move mountains in your home”, means.

It’s not about pretty decorating.  It’s about experiencing the process of creativity and working with your hands and ending up with something you’re pleased with…not because it’s the best thing ever made, but because you made it.  It might be wonky and crooked and imperfect, but it’s your wonkiness and crookedness and imperfectness.  You learned and you grew through the process.

And, best of all, you proved yourself wrong.

8 thoughts on “prove yourself wrong”

The shutters that inspired @missmustardseed’s Sh

Watch Typewriter in action in this video from @mis

This sweet little bench had an original yellow yel

We love how Deanna and Kim of @saltandhoneylufkin

Look at how CoCo of @thecrownedgoat used Marzipan